Brain Foods Help Your Parents Memory and Aging. Here's What They Need for Better Brain Fitness.

Brain foods are key. What you eat affects aging and the brain. Your aging parents' brains can get added protection from Alzheimer's disease and other mental decline. Learn how to improve Brain Fitness by changing what they eat.

We've long known that what we eat can have a negative effect on our health. The studies are numerous - about high fat foods and disease - heart disease, gaining weight. What we hadn't realized is how fast the negative effects of fatty food really appear.

"...the new research shows how indulging in fatty foods over the course of a few days can affect the brain and body long before the extra pounds show up.

"Although the human data aren’t yet published, the researchers have also performed similar studies of high-fat diets in healthy young men who then performed exercise and cognitive tests. Dr. Murray said he is still reviewing the data, but the short-term effect of a fatty diet on humans appears to be similar to that found in the rat studies.

"It’s not clear why fatty foods would cause a short-term decline in cognitive function. One theory is that a high-fat diet can trigger insulin resistance, which means the body becomes less efficient at using the glucose, or blood sugar, so important to brain function."

All that stuff that made mom and grandma's foods taste so good -- the butter, the fat, the shortening, the frying, have an impact on aging and the brain that can be corrected.

"Among behavioral traits, diet may play an important role in the cause and prevention of Alzheimer's," the authors write as background information in the article. Previous studies have shown a lower risk for Alzheimer's among those who eat a Mediterranean diet, characterized by high intakes of fish, vegetables, legumes, fruits, cereals and unsaturated fatty acids, low intakes of dairy products, meat and saturated fats and moderate alcohol consumption."

How Does It Help 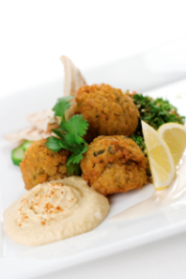 Your parents may be tempted to think that eating healthy may mean going for lots of things that are exotic or unfamiliar. But that does not have to be the case. Maybe your parents would like to try some new foods that would be healthy every now and then. With the diversity of cultures, in most areas, you can get any number of new foods in local restaurants, delis, groceries, or try new recipes online.

Many spices have properties that are healing and protective of the brain and the body. For instance, certain spices have been found to lower cholestoral, reduce inflammation, or have antioxident properties, among others.

If you are skeptical, consider this scientific finding on a common spice found in curry, reported by the Brain Research Institute (BRI) at UCLA :

"Researchers at UCLA found that curcumin, a compound in turmeric, was more effective at preventing the development of brain-damaging plaques seen in Alzheimer’s disease than any drug being tested. It is probably no coincidence that India’s populace has the lowest rate of Alzheimer’s in the world – and a diet rich in turmeric."

Brain Foods on a Budget

Even if your parents are on a fixed income -- it's still possible to get great foods for the brain even on a tight budget. Try these ten tips from Dr. Daniel Amen. Written for parents with children that need to learn, the same brain food benefits apply to aging adults.

2. Buy Vitamin-Rich Vegetables Frozen and Save

4. Say Cheese -- Cottage Cheese, That Is

5. Pump Up Protein With Affordable Eggs

6. Fill Up on High-Fiber, Low-Cost Beans

7. Stock Up on Canned Tuna

8. Drink to Your Brain Health With Skim Milk and Water

10.Become a Savvy Shopper (and Use Coupons to Stock Up)


Don't Let Your Parents Buy Into the Myth of Brain Aging

Brain aging is a trick. Nature sets your parents up for decline, but they have a choice. Brain fitness will allow them to strengthen new brain cells through cognitive reserve. Here's how.


Brain Plasticity or Neuroplasticity is a Key to Preserving Memory and Aging: Learn These Secrets to Opening the Lock

Brain plasticity is good news for aging and the brain. Your parent's brain fitness can improve by continued learning. Watch these experts share some clues.

Neurogenesis reveals the lie that with an aging brain, memory is destined to fade. Good news for aging parents? Physical exercise can turn on the brain's ability to grow, heal and rewire itself. Learn how.

Senior exercise is more than a good idea for your aging parents. Researchers continue to discover contributions even beyond general strength and health. Here you will find exercises especially designed for senior citizens: Warm up Exercises, Balance, Upper Body, Lower Body, and Aerobic.